If the two thrilling Queensland derbies this season were the opening skirmishes in one of netball’s most heated 2018 rivalries, then Geva Mentor this week jumped from behind cover and started throwing hand grenades.

Mentor didn’t mince words when she poured petrol on the simmering tensions between Sunshine Coast Lightning and Queensland Firebirds ahead of their knockout minor semi-final this weekend in Brisbane.

The England international and Lightning defender told the Courier Mail the Firebirds continue to disrespect their cross-state neighbours, with a number of promotional campaigns throughout the season perceived as barely-veiled swipes at them.

In one promo, the Firebirds sold stubby coolers that referred to Queensland as “Firebird Territory”, while the Firebirds have used the hashtag #iamqueensland throughout their 2018 campaign.

Mentor said it was “the way they act and the fact they highlight they’re a one-state team, with a lot of their slogans that come out” that most grated with her, and that she found the Firebirds “quite rude”.

Netball Queensland chief executive Catherine Clark told the Courier Mail is happy to have a coffee with Geva to talk about promoting netball in our state.

“The fact is last year when the Lightning formed, Netball Queensland supported and helped them in the pre-season.

“And how can you not respect them when you see the team that they’ve got?”

“The Firebirds have been around for 20 years and have always been a Queensland team,” she said.

Given what happened in the very first Queensland derby, there’s always going to be extra feeling whenever the two teams face off.

In Round 1 last year the Firebirds and Lightning set the tone for the rest of their relationship with a bruising 56-56 draw on the Firebirds’ home court. And when the Lightning demolished the Firebirds by 11 goals six weeks later, on their way to second spot on the ladder and eventually a championship, the seeds were sewn for a frosty relationship. 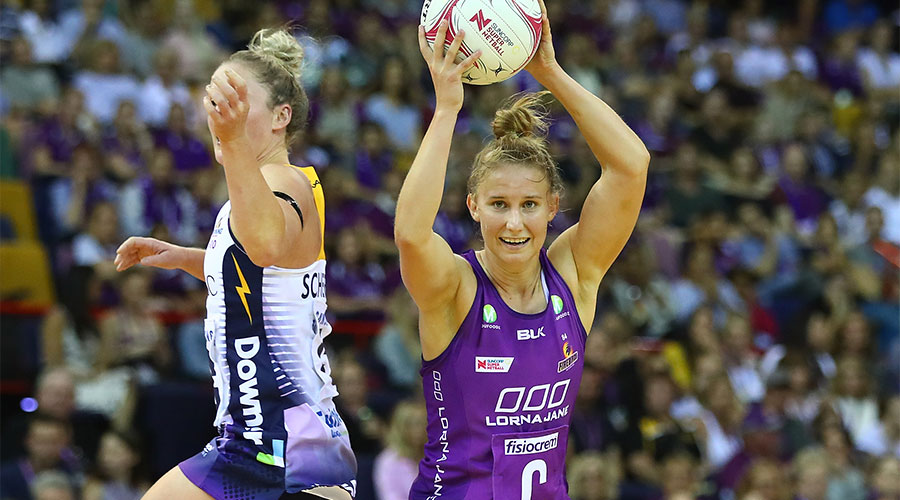 With Gabi Simpson this week saying that being the best team in Queensland is a major driving factor behind the team’s finals performance, there’s plenty more than just the result on the line.

Simpson said the Firebirds want to shore up their position as the state’s number one team, hinting that watching the Lightning steal their thunder in the 2017 finals – which the Firebirds missed – was something that continued to rankle with the team.

PICK A SIDE – THE FIREBIRDS

There are no shortage of arguments for both camps when deciding which team to barrack for this Sunday afternoon (and beyond).

The Firebirds, of course, are ingrained in the Queensland netball psyche, having been around since before some of their current players were born.

And under Roselee Jencke the team has blossomed, winning three titles and reaching a further two grand finals in the last eight years. Success is now in their DNA, and Queensland netball fans have come to expect it.

They’ve also got one of the greatest Queensland netballers of all time in Laura Geitz, while about half of the remaining squad also hails from the Sunshine State. 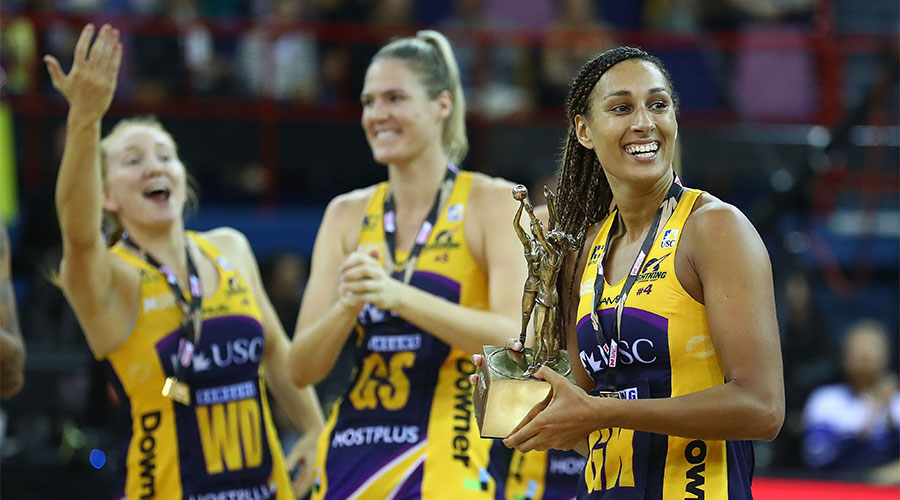 PICK A SIDE – THE LIGHTNING

What the Firebirds haven’t come to expect is an upstart outfit from up north that just swoops in as the new kid on the block and immediately starts winning trophies and – almost as importantly – the hearts and minds of fans.

Few would have predicted the Lightning to have the ultimate success in their first season last year. And yet the team, cobbled together from all parts of Australia and the world, did in one year what the Firebirds were unable to do for their first 14 years in Australia’s national league.

The victory challenged the traditional notion of building and cultivating a netball side through established state-based pathways, so it’s not hard to see why the Firebirds might still be smarting over how events transpired in 2017.

But the ultimate test for the Lightning was always going to be their second season, with expectation and the loss of their best player – former Silver Fern Laura Langman – creating an equally challenging environment to what they were presented with in their inaugural year.

Can the Lightning back it up or will the Firebirds claim the minor semi-final and 12 months worth of bragging rights?

Get your tickets here to watch one of Australia’s best sporting rivalries LIVE.