After helping both the Melbourne Vixens and Adelaide Thunderbirds to championships in her career, it's her work helping children that will be Renae Ingles' most lasting legacy.

Yet for all that netball has given Ingles, and everything she has brought to it over a sporting lifetime, the decorated wing defence regards a new collaboration between her two former clubs as perhaps the most significant reward of all.

Sunday’s clash between the Melbourne Vixens and Adelaide Thunderbirds at Melbourne Arena will be dedicated to raising awareness of - and funds for families affetcted by - autism, the condition with which Ingles’ son Jacob was diagnosed in January.

The T-birds, whom their former captain represented from 2012-17, will host next year’s event, and it will continue to alternate thereafter. All proceeds will be donated to the 4 ASD Kids charitable foundation that directors Renae and her husband Joe - who plays for the NBA’s Utah Jazz - have adopted as their cause. 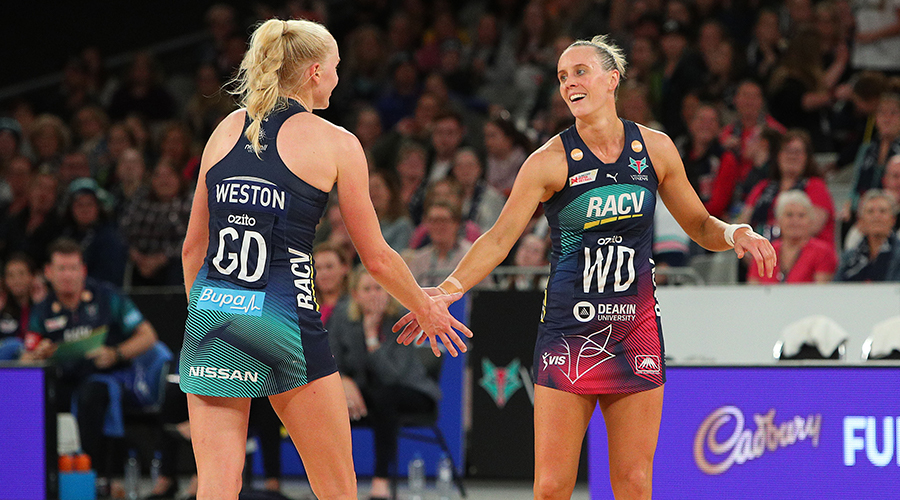 “For a very long time, Joe and I have wanted to give back to the community and just hadn’t really found our niche,’’ Ingles says.

“We knew we wanted to help kids, but hadn’t really found the right way yet. So as soon as we got Jacob’s diagnosis immediately we switched on to ‘well, how can we give back?’.’’

With 4 ASD Kids assisting families on what Ingles calls “their autism journey’’, the Vixens and Thunderbirds are also doing their bit. So much so that news of the Vixens-Thunderbirds’ initiative immediately reduced Ingles to tears.

“I was pretty blown away,’’ she says. “Whilst netball’s been one of the biggest things in my life for a very very long time, this goes beyond the netball court and means so much to Joe and I, and of course our families, and the wider autism community.

“Both the Melbourne Vixens and the Adelaide Thunderbirds are very very close to my heart, so this is the best and biggest thing that netball will ever give to me and my family. It’s incredibly special, and I get pretty emotional just thinking and talking about it. But hopefully I can keep it together on the weekend.’’

Anything less is difficult to imagine from one of the league’s true professionals, the Commonwealth Games and World Cup gold medallist having been an outstanding contributor since her surprise return to the elite level in mid-2018 as a replacement for pregnant Vixen Chloe Watson.

Her own twins, Jacob and Milla, turned three this week, and the need to criss-cross the Pacific to reunite the family unit while Joe is based in the US is one big reason for his wife’s decision to draw the career curtains for good. 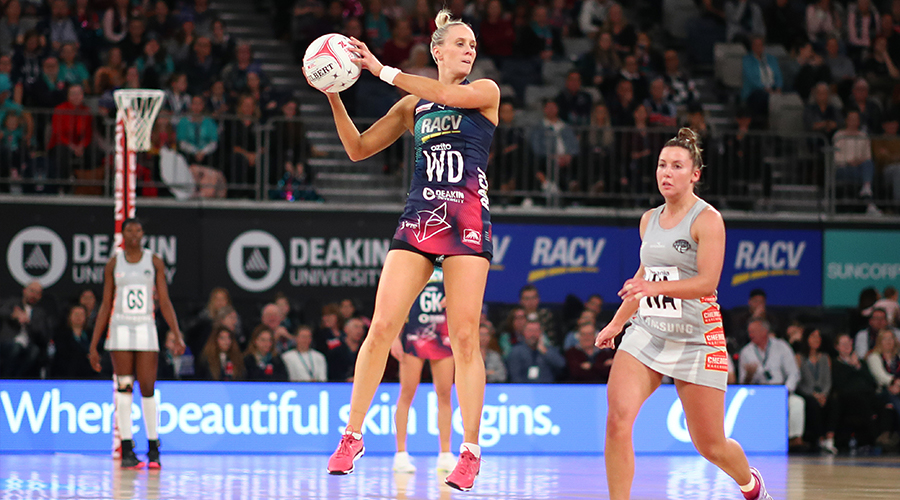 The so-called “Twingles” will be at Melbourne Arena on Sunday for the first time this season, Jacob with his dad and grandparents, some noise-cancelling headphones, and the option of retreating to the quiet of a sensory room if it all becomes too much.

Superfit mum Renae, meanwhile, will be representing the third-placed Vixens - the club she helped to win the 2009 ANZ Championship, as SSN resumes from its month-long World Cup break. Her no-fuss-about-me mantra, though, is resolute.

“I’ve retired once before, so I know what that feels like, but it feels real this time, and it is,’’ Ingles says.

“It’s about enjoying it, and that’s exactly what I’m doing. There’s not too much pressure on myself. I want to win this championship with the Vixens, and that’s what it’s about.

“A lot of people who have retired before me have told me that when you know, you know, and this year I know, and I really enjoy that.’’