All eight teams are filled with the next generation of netball superstars, just waiting to explode onto the big stage. We predict who we think will breakout for each team in 2022.

We’re just over a week out from Round 1, so let’s have a closer look at our eight team lists.

What better place to start than with sharing our predictions for each club’s potential breakout player in 2022?

There are few good picks for this list from the Thunderbirds, like Tippah Dwan and Elle McDonald, who are both primed for career years.

But we’re throwing Latanya Wilson’s name into the conversation, who is flying into Round 1 off the back of an incredibly impressive preseason tournament.

Wilson’s speed and confidence to attack the ball up the court means she should be able to pull off some of those game changing plays that we’re so used to seeing from her Sunshine Girls and Tbirds teammate Shamera Sterling.

The question will be how much court time she gets in her second season in Adelaide. Last year she managed just over 300-minutes through 14 matches (64th out of 94 players), but if the TGC is anything to go by, Wilson could get a run at WD, GD and GK across the course of a game.

If she can force her way on to the court more often, expect big things from Latanya Wilson in 2022. 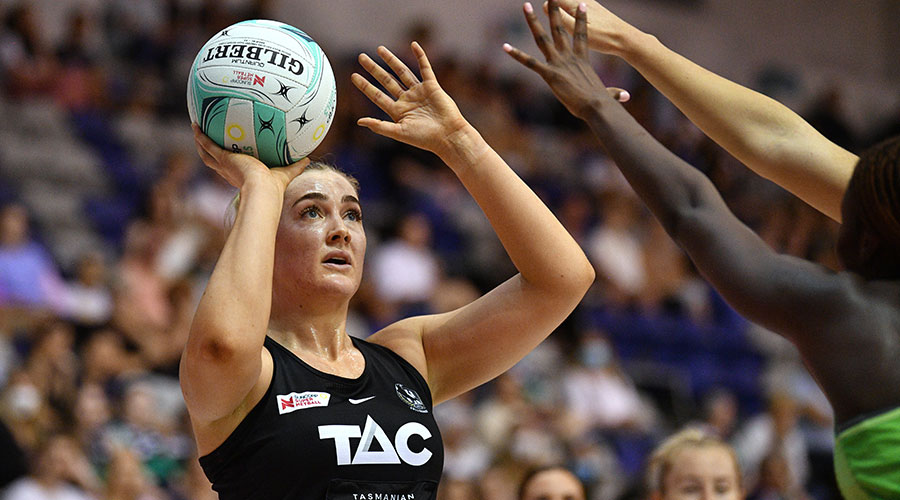 This one almost feels like a cheat, but we honestly feel like we’re on the cusp of something big from Sophie Garbin in 2022.

The versatile shooter has always shown promise and has starred when given the opportunity during her career at the Swifts. Now is the time to make good on that promise.

She should see a major bump in minutes played at the Magpies and should be the favourite to secure the starting the GA position come Round 1.

And, depending on her match fitness, don’t be surprised to see Garbin slapping on the GS bib during those crucial Power Five periods, where her ability to play the holding shooter roll while also keeping the defenders honest from Super Shot range will be invaluable.

With plenty of talent surrounding her and some of the best feeders putting the ball in her hands, Sophie Garbin is set for a strong 2022. And, if she can come in and have an immediate impact, the Magpies could be pushing hard for a top four spot come season’s end. 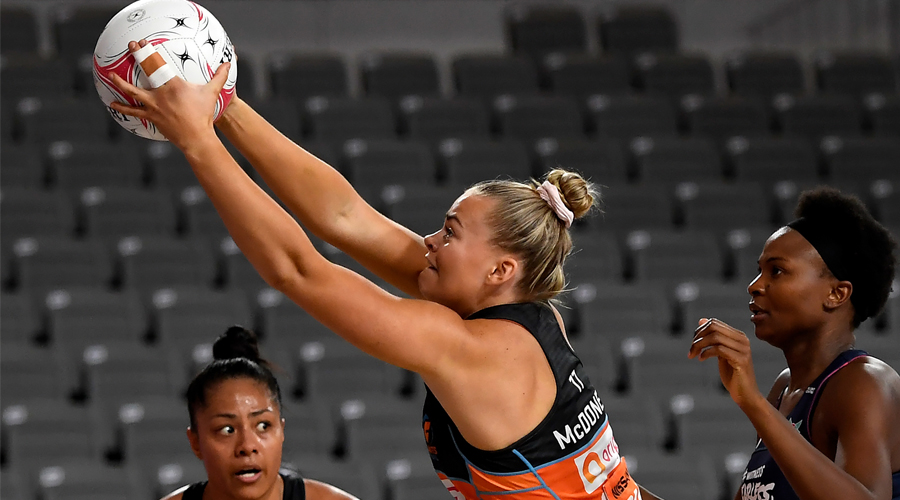 The GIANTS are another team with plenty of players primed for breakout seasons, with Lauren Moore, Matisse Letherbarrow and Amy Sligar all seemingly primed for bigger roles in 2022.

But it’s hard to go past everyone’s favourite hype-girl Tilly McDonell as the GIANT most likely to explode this season.

But there’s plenty of work to do before Tilly becomes the household name she has the potential to become.

This is a solid GIANTS defensive group, with April Brandley still playing at a really high level alongside McDonell and Moore, and the competition for minutes will be fierce.

It’s all there for the big defender. The height, the strength, the confidence and the opportunity to play a big part in the GIANTS mission to go one win better in 2022.

Now is the time for McDonell to step into that starting GK role and make it her own for years to come.

Some might say that Rahni Samason already broke out when she hit the game winning Super Shot against the Firebirds in Round 5 last year.

But, with a full senior contract in hand, 2022 should be the year this hugely talented shooter tears this competition apart.

What she showed at last month’s Suncorp Team Girls Cup competition was the ability to do it all in the shooting circle. Just as capable playing the holding shooter as she is working the outer reaches and hitting deep shots, Samason is a handful to cover no matter where she takes the feed.

What we didn’t see at the TGC was how she combines with Vixens superstar Mwai Kumwenda and new recruit Kiera Austin, who both sat out the tournament.

If Rahni can prove that she has the tank to play big minutes and can be consistently dangerous at both the GA and GS positions, it’s not hard to imagine a reality where she rarely finds herself cheering on her teammates from the bench.

All drawn up heading into the final quarter! Who's gonna take it? 💬

After losing quality players like Sophie Garbin, Nat Haythornthwaite and Lauren Moore in the offseason, the Swifts depth is going to be heavily tested this season.

Players who have been in the NSW netball system for a while now, like Tayla Fraser, Mattisse Letherbarrow and Kelly Singleton will be called on to step up in a big way if the Swifts are to go back-to-back.

But we think the player who will play the biggest part in their premiership defence is former Vixen mid Allie Smith.

Every time Smith has been given an opportunity in her career so far, she has impressed, but was never able to break into that stacked Vixens midcourt. Now’s the time.

Smith represents a solution to the Swifts need for a specialist wing defence, and has the chance to solidify herself in that starting seven alongside Paige Hadley and Maddy Proud.

She’s quick, aggressive and only 22-years-old! If she can lock down that starting WD position, this could be the start of a great thing for Allie Smith. 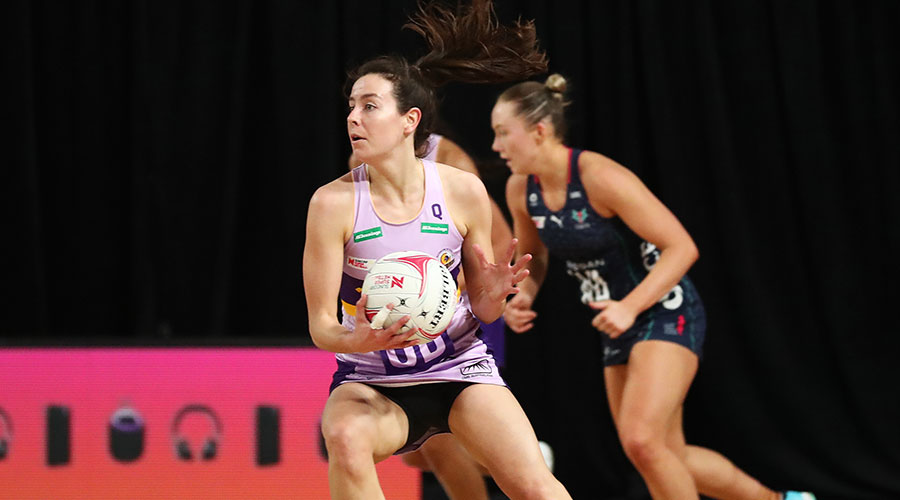 The 23-year-old defender's consistent effort and willingness to join in transition meant RBD was always in and around the action, exactly where you want your ball-hawking defenders to be.

The skills are all there and it certainly looks like the drive needed to succeed in the best league in the world is present. She looked confident out there!

But the question with Bakewell-Doran will be opportunity.

That starting goal defence position is definitely Kim Jenner’s to lose and you don’t bring in a veteran player like Eboni Usoro-Brown to sit on the bench. So, she should be the first choice goal keeper for the Firebirds.

But we honestly think that, if she can get on the court enough, Ruby Bakewell-Doran might start shaking things up in the defensive end for the Megan Anderson, if she isn’t already. 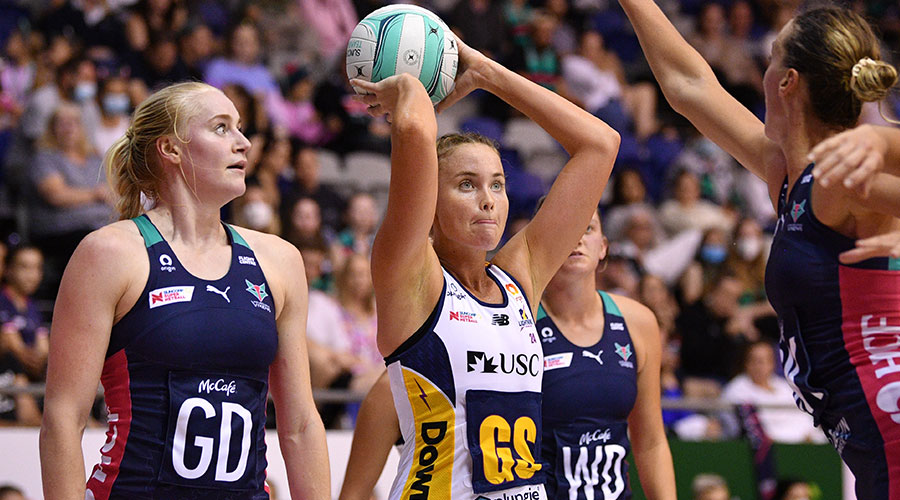 Probably the easiest pick on this entire list; the hype is real for Reilley Batcheldor.

Similar to most of the names on this list, her ability to truly breakout this season is tied heavily to how much court time she can average per game. And, considering she’s stuck behind a pair of Diamonds, there’s a good chance we’re a year or so early on this call.

But anyone who watched her play during the Team Girls Cup tournament would have to agree that she is ready for the big time.

Batcheldor has the size to play the holder, the quickness to work the baseline and range to hurt the opposition for the full 60-minutes. And we don’t think it’ll be too long before Kylee Byrne is turning to her young gun shooter frequently to mix things up in attack.

This might not be the year she’s topping the stat sheet, but we believe 2022 is the year Reilley Batcheldor finds her way onto every “Diamond to be” list. 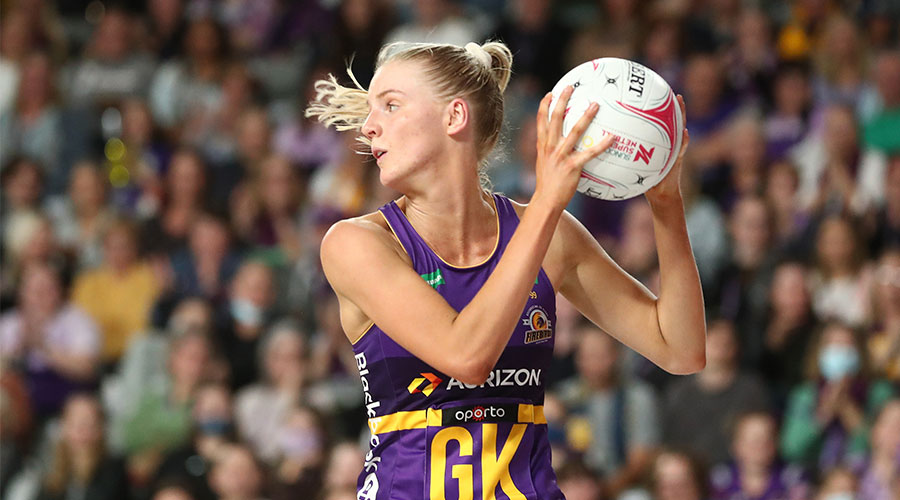 This is a tough one for the Fever, because that is one put together list filled with established players, so bare with us.

Rudi Ellis has been on most fans' radars since she was with the Vixens, but has always struggled to break into the starting seven. We don’t think this will change in 2022.

However, this might be the most varied group of defenders she’s ever been a part of, with players like Courtney Bruce, Sunday Aryang and Stacey Francis able to play all three defensive positions at a high level.

This system should provide Ellis with more opportunities than ever before.

And there’s no doubting the potential here. She has the size to play on the bigger shooters of the competition and the speed to stick with any goal attack that she comes up against.

It’s going to be tough to break into the regular rotation, but if she can, Ellis has the skills to breakout and set herself up for future success.