Last week we analysed the Melbourne Vixens' season, so moving up the ladder we will now delve into the year that was for the Adelaide Thunderbirds. 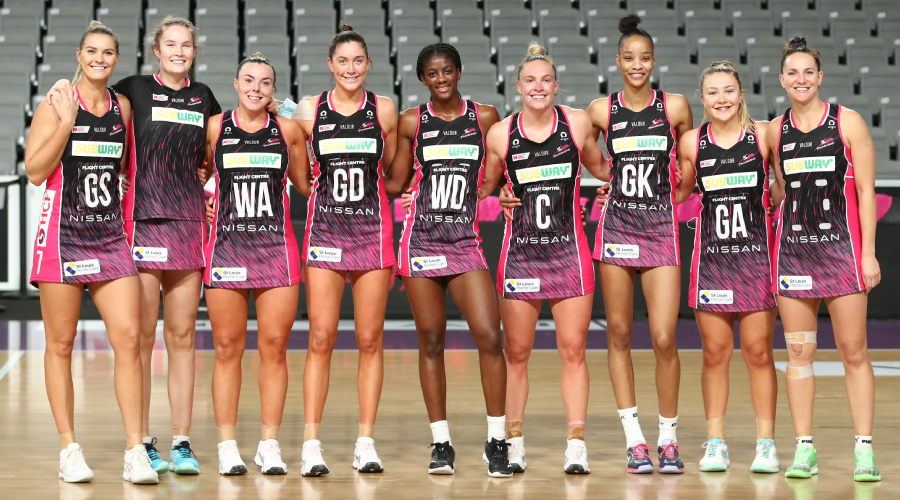 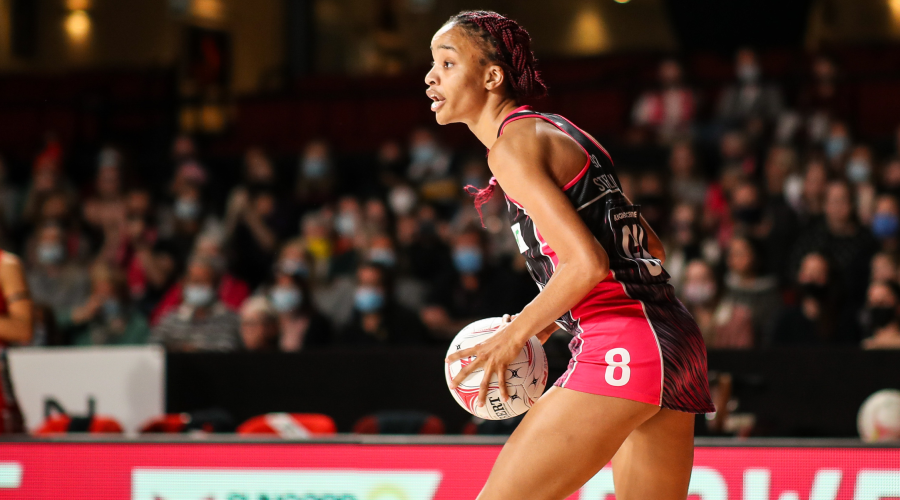 The Thunderbirds suffered another disappointing season by only managing to win the five games. However, no win was more exciting than their one point thriller against the Lightning in round 12.

In the two games prior to this clash, the Thunderbirds had lost by an average of 20 points, including a 25 point drubbing against the Fever in round 11.

The Lightning were in the running to finish on top of the ladder and had defeated the Fever only two rounds prior. Another loss was on the cards for the Thunderbirds, and the only real question surrounding this game was by how much?

Unknowing to their opposition, the team from Adelaide had other plans, pinching victory by the narrowest of margins and in doing so, ruined the Lightning's Minor Premiership aspirations entirely.

Lenize Potgieter was the hero for the Thunderbirds, shooting 40 goals on 97% shooting accuracy, as well as netting the match winning goal with only five seconds remaining.

Cool, calm and collected under pressure is Lenize Potgieter 🙌
What magic✨ will we see from her tonight when the Thunderbirds take on the Vixens?

There were milestones aplenty throughout the 2021 season and the Thunderbirds featured two of their own. Captain Hannah Petty played her 50th national league game in their round 10 loss to the Firebirds.

But, it was another milestone that takes the cake as the Thunderbirds' best moment of the year.

Superstar defender Shamera Sterling lined up for her own 50th national league game in round 7 against the Swifts.

What made this occasion even more special was that it was played on the big stage at the Adelaide Entertainment Centre, marking the only match the Thunderbirds would play here all season.

In a true underdog performance, Adelaide went on to win every quarter in this match and is the only time in Super Netball history that the Thunderbirds have won all four quarters in a single game of netball.

When you combine the milestone and player of the match performance by Sterling, along with the location, the unlikely victory and a record breaking team effort, the Thunderbirds' round 7 victory is hands down their best moment of the season. 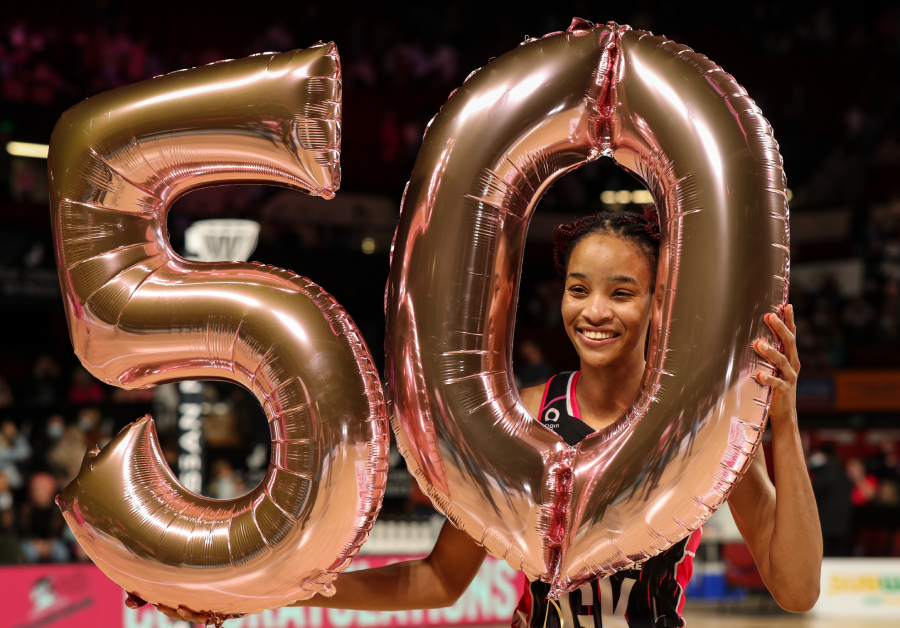 With such a young core leading the way for the Thunderbirds, we are starting to see some major improvements within this group with every game played.

Matilda Garrett easily had her best season to date, with the 23-year-old producing greater numbers across all major defensive KPI’s compared to 2020.

The massive leap in production can mainly be put down to her considerable increase in playing minutes. In 2020, Garrett played 239 minutes across the season, compared to this year where the defender notched up 745 minutes of playing time.

That is not to take away from the significant growth and development in her game, but I had to go with Maisie Nankivell for my most improved nomination.

At just 21-years of age, Nankivell has been able to make a huge step up in form from last season and has become one of the Thunderbirds’ most consistent and important players.

Nankivell has developed into one of the most well rounded players in the league, showcasing her ability to play all three mid court positions throughout the season.
The young gun was selected in the 2021/22 Australian Development Squad and will only continue to get better.

The Thunderbirds will be desperate to lock her away long term; and considering Nankivell was named in her team’s leadership group for 2021, the Thunderbirds have clear intentions to keep her. 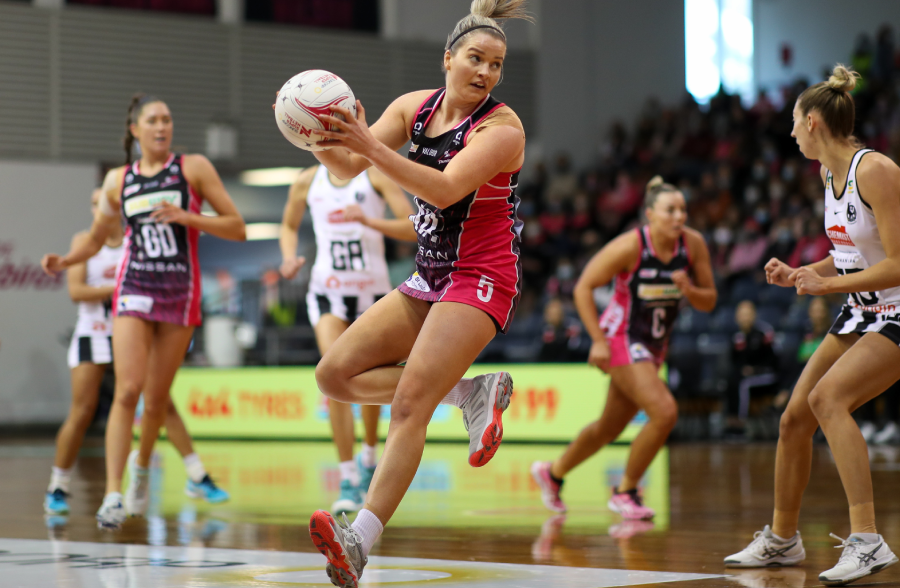 The Thunderbirds are quite strong in their attacking and defensive thirds. You could make the argument that Sterling is the best defender in the league and at only 25-years of age, her best is still potentially ahead of her.

Potgieter had a terrific year, finishing with 453 goals on an incredible 95% shooting accuracy and has become one of the most reliable scorers in the competition.

The position the Thunderbirds might focus on filling is the WA spot. Adelaide seemed to lack consistency and connection between their mid courters and shooters, a factor that a solid WA will boost immediately.

Petty and Nankivell are traditional WD and C’s that have been forced to fill the WA role at different stages throughout the season. This meant that when either player was moved into WA, the Thunderbirds would become weaker at the WD or C spot. It was certainly a case of out of the frying pan and into the fire.

When the Thunderbirds elected not to resign Chelsea Pitman for the 2021 season, they lost experience in the WA position and never quite replaced her.

Having a strong WA would not only improve the connection between the mid court and shooters, but also allow Petty and Nankivell to sink back into their natural positions.

The Thunderbirds have had a rough time of it competing in the Super Netball league. Since the inaugural season in 2017, they have recorded only the 14 wins from 70 encounters (20% win record).

Between the 2017 and 2019 seasons, the Thunderbirds were only able to manage the four victories, earning themselves back-to-back wooden spoons in the first two years of the competition.

We are, however, starting to see some major improvements from the girls in pink, recording five wins in both their 2020 and 2021 campaigns.

When you take a look at the ages of their playing squad, it is an exciting time to be an Adelaide fan.

From their starting lineup in round 14, the Thunderbirds ran out with an average player age of 22. Lenize Potgieter was the oldest starter and at age 27, is just starting to reach her prime.

If the Thunderbirds can keep ahold of this young core, then the team's first finals appearance won't be too far off.