Round 10 is Confident Girls Round and, with a telethon featuring the who's-who of Australian netball and four massive games to look forward to, this should be a weekend to remember.

Confident Girls Round. A fundraising telethon that gives you a chance to speak to some of your favourite players. Father’s Day weekend. Oh, and four big games of netball.

We’re in for a busy weekend, so let’s get stuck in.

The last time these two teams met, the Melbourne Vixens were able to hold the Fever to their then lowest score of the season in a gritty 68 to 59 point win.

In that game, the Fever just couldn’t find a second avenue to goal which allowed the Vixens defenders to key in on Jhaniele Fowler and hold her to her lowest scoring total of the year with 49.

Following the Round 5 loss, the Fever dropped a second straight game, this time to the winless Firebirds. It was a bad couple of days for the club, but it may have proved to be the rev-up the players needed.

Since the back-to-back losses, the Fever have been red hot, averaging 74 points for and just 58 against in their three straight wins against the Magpies, Lightning and Firebirds.

But the Vixens are a different beast entirely.

Their league leading points against total of just 480 is incredible, they score the third most goals per game with 63 and no one is playing better netball than Liz Watson right now. 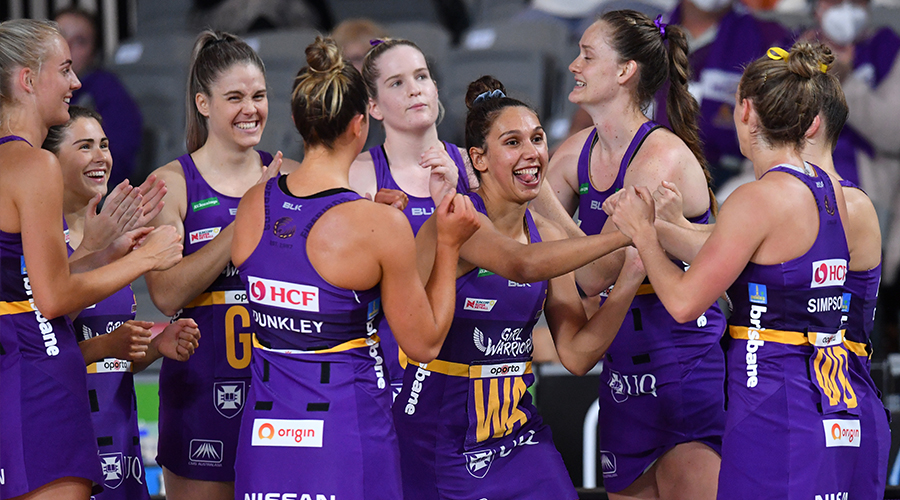 When the Swifts beat the Firebirds in Round 5 this year, something seemed different.

Instead of coming out of the game picking holes in the Queensland list and game plan, there was hope. You could see they weren’t far off a win. And sure enough, they won in Round 6 and again in Round 8.

Romelda Aiken up forward has assumed the role of the number one target in their attack and Tippah Dwan has immerged as a legitimate scoring threat.

Mahalia Cassidy’s return from a ruptured ACL has been nothing short of incredible and Kim Jenner continues to develop into one of the most exciting young defenders in the country.

And they’ll take on a Swifts team that have been doing just enough to get the job done lately.

We spoke in depth about their score efficiency in our Round 9 Wrap, but essentially it boils down to the fact that goals aren’t coming as easily for the Swifts this season, particularly on their centre pass.

Look for them to sharpen that up over the next few weeks and be cherry-ripe coming into finals.

I know it’s only Round 10 and there’s still five games remaining, but this feels like must win territory for the GIANTS, especially if the Fever are able to knock off the Vixens today.

A win against the Lightning not only brings them to within half a game of the Fever (depending on what happens today) it also sets them up beautifully to keep the pressure on the top four sides, with favourable matchups against the Magpies and Thunderbirds in Round 11 and 12.

A loss here and the tension begins to mount, every game has the season riding on it and questions about their legitimacy will start being asked.

For the Lightning, a win here keeps their hopes of a top two finish alive. But they have some things to sort out before they can even start thinking about that.

Scoring has been a massive problem for the Lightning and only the Magpies and Thunderbirds have scored less points than their 510. Cara Koenen has been good and leads the team in scoring, but Steph Wood and Peace Proscovia need to step up.

In the end, if this match is half as controversial as their Round 5 matchup, we’re in for a great game.

The Adelaide Thunderbirds have all the tools to get the job done. Now’s the time to step up and go on a season defining run.

If they want to play any part in the 2020 finals, they must beat the Magpies tomorrow.

They are two games back from the fourth placed Fever, they have three very winnable games to look forward to in the next week and the second stingiest defence in the competition. If they aren’t pushing for that last spot in the finals by Round 13, there’s something seriously wrong.

Great news for Adelaide fans is that gun Goal Keeper Shamera Sterling has been named in the side after going down with what looked like a nasty ankle injury in Wednesday night’s loss against the Lightning.

For the Magpies, since Ash Brazill ruptured her ACL in February, this season has been a bit of a nightmare.

A loss tomorrow effectively ends their very slim chance of making the finals and, whether they make it or not, they’ll have to play the remainder of the season without the injured Kelsey Browne and retired Madi Browne.

Round Preview Super Netball 2020 Round 10