After one of the most thrilling rounds of Super Netball in recent history, Round 5 of the 2020 season has a lot to live up to. Can these four games match what Round 4 dished up?

After a round that gave us a Grand Final rematch, a massive upset, a one-point thriller and our first draw of the season, Round 5 has a lot to live up to.

Let’s have a look at how it can do just that.

Here we go, the Fever vs the Vixens. The highest scoring team in the league vs the defence allowing the least amount of points per game. Strength vs strength.

For the first time this year, the Fever are about to find out what the Vixens are like to play against coming off a loss, after they were stunned by the Adelaide Thunderbirds on Sunday.

West Coast on the other hand, got back on the winners list when they held off a fast finishing Magpies team to open Round 4 with a one-point win.

The key match-up for this one is an unusual one because it’s between Liz Watson of the Vixens and Alice Teague-Neeld of the Fever.

Sure, we don’t expect these two to even get close enough to shake hands, but we do expect them to top their team in goal assists, given they are leading the league in assists with 94 and 80 respectively.

Whoever can get the ball in the hands of their high-scoring shooters the most should be celebrating the win with their teammates when the game finishes.

The Vixens should come into this one as favourites but if Jhaniele Fowler and the Fever attack catch fire early they could put Melbourne in a hole too deep to climb out of. 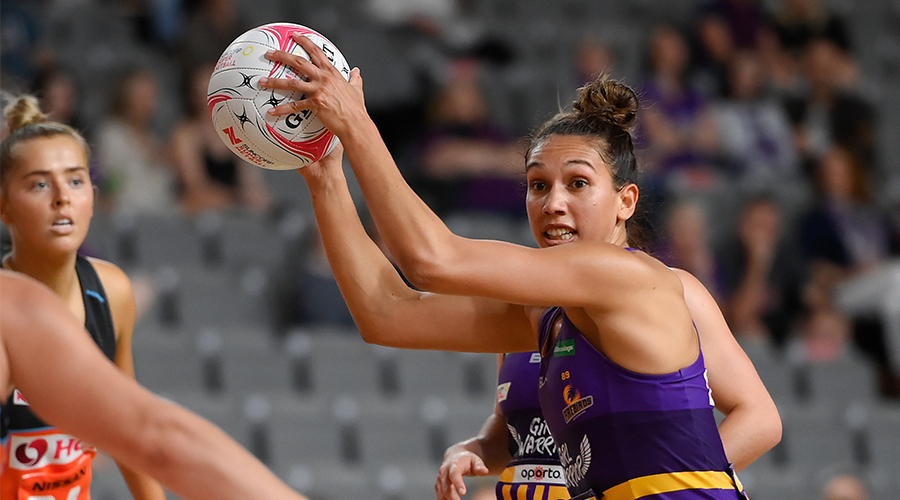 NSW Swifts Head Coach Briony Akle will not have been happy with her team’s performance against the Lightning on Sunday and should have them fired up and ready to go against the plucky Firebirds.

The Firebirds will be liking their chances against the reigning champs, given the Swifts come into this Round 5 clash with just one day’s rest after Sunday’s physical encounter.

They’ll also be feeling like they aren’t too far away from their first win in over 12-months after pushing the GIANTS all the way to a draw on Saturday night.

But it’s going to take something pretty special to hand the Swifts their second straight loss of the season because they generally bounce right back after a loss. In fact, NSW haven’t lost back-to-back games since Round 10 and 11 of 2018.

This one is definitely the Swifts to lose but it’s 2020, we’ve just seen the seemingly unbeatable Vixens lose to the Thunderbirds for the first time in 7 years so anything can happen.

Sneaky match of the round?

These two teams are so evenly matched, listen to these stats…

And there’s a lot more, but you get what we’re trying to say.

The Thunderbirds should have the momentum going into the match, after they beat the Vixens in Round 4, and they have looked the better side of these two so far this season.

New shooter Lenize Potgieter has been red hot under the post, hitting 96% of her shots for 128 points, and is gelling well with young Goal Attack Georgie Horjus.

But those two will go up against Geva Mentor and Jodi-Ann Ward, a defensive pairing that has been incredibly difficult to score against so far in 2020. 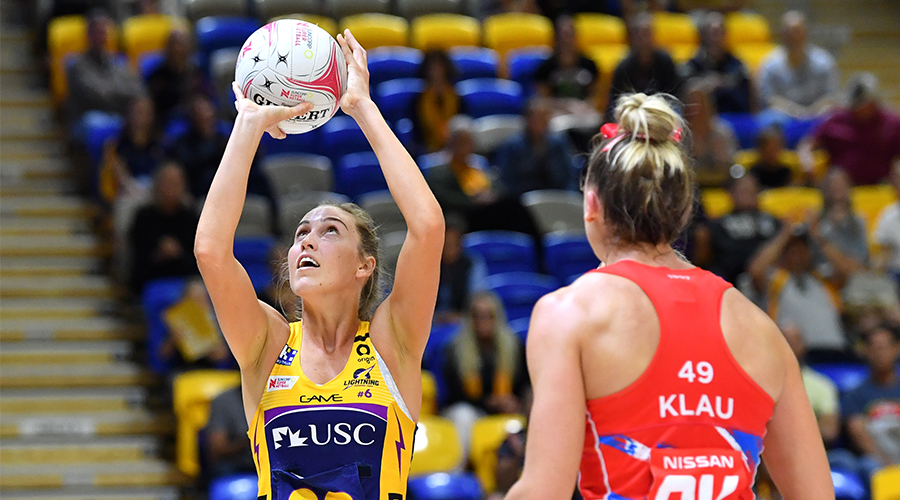 The fourth and final matchup of Round 5 could be the most intriguing one.

Fresh off a massive win over the Swifts in Sunday’s Grand Final rematch, the Lightning should be full of confidence. They out worked, out played and, most importantly, out scored the best team in the comp.

Cara Koenen’s game has gone up another level and she’s quickly becoming the best Australian Goal Shooter in Super Netball. She leads her team with 156 points through the first four games.

Up the other end of the court, Karla Pretorius and Phumza Maweni represent the leaders of the second staunchest defensive unit in the league. They’ve allowed just 216 points for the season and let the opposition score over 60 just once.

Consistency has been the biggest issue for the GIANTS, who have looked brilliant one minute and a mess the next.

Something we delved into in more depth in our Round 4 Wrap is the issues the GIANTS are having up the attacking end.

We think Head Coach Julie Fitzgerald has some big personnel decisions to make and needs to come up with a combination at Wing Attack, Goal Attack and Goal Shooter that is going to provide scoring for 15 minutes a quarter.

No team scores more points in the final five minutes of each quarter than the GIANTS, but it’s preceded by 10 minutes of offensive struggles.

What a game this one would be to iron out those issues.

Round 5 Super Netball 2020 Round Preview