The 2020 Suncorp Super Netball is just around the corner so we thought we'd get excited by trying to predict the 2020 Team of the Year.

One of the most exciting parts of any Australian netball season is the announcement of the Team of the Year at the Australian Netball Awards.

So, let’s get stuck into it early this season by trying to predict who we think will make the cut for this year’s team.

Players like Liz Watson and Jhaniele Fowler have dominated their respective positions, earning themselves spots in the team the last two seasons, and I certainly see that trend continuing. But, for these predictions, I'm going to choose the player I believe is most likely to replace them. No one goes back-to-back on my list.

The easy answer here is Sam Wallace from the NSW Swifts but, with Nat Medhurst stepping away from the sport in 2020, I have a feeling Shimona Nelson of the Magpies could have a large season.

And she’ll have to if the Magpies want to have any shot at playing netball in August.

But it’s a prediction backed up by some pretty strong stats.

In her first year in the black and white, Nelson shot 637 goals from 724 attempts for a shooting percentage of just under 90%. It also means she averaged 42.5 goals per game, which is second only to Jhaniele Fowler’s ridiculous 50.6 goals per game.

Did I mention she just celebrated her 21st birthday? Don't be surprised to see Nelson’s name on the Team of the Year list at goal shooter. 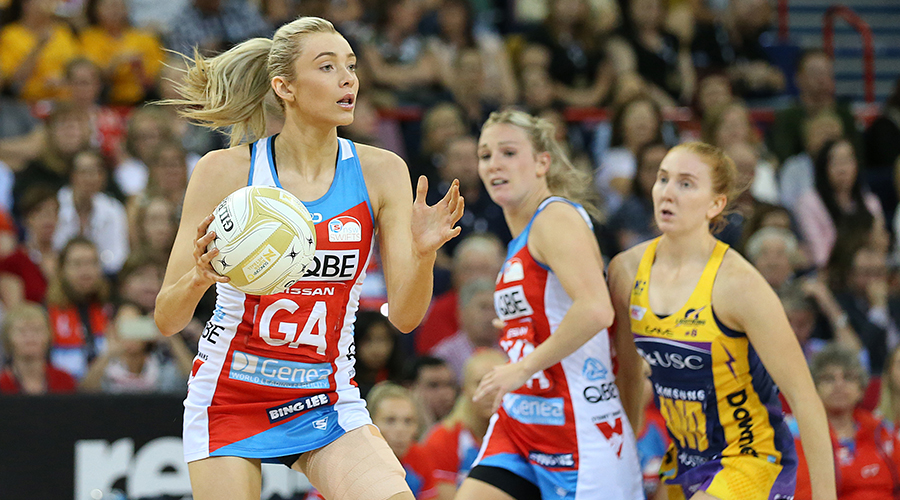 Full disclosure, I staunchly believe Gretel Tippett will be the starting goal attack for the team of the year in 2020. But I must stick to the rules I have set myself and choose someone else.

And that someone else is English dynamo Helen Housby.

In a season where she struggled with injury throughout, Helen had a pretty outrageous year.

If Helen can stay healthy for all 14 regular season games and beyond, it’s going to take something special from the other goal attacks to keep her out of the team of the year.

The wing attack position is one of the most intriguing in the league as we approach the 2020 season.

The Magpies will be without Kelsey Browne for the foreseeable future, the GIANTS will be desperately searching for Kim Green’s replacement and time will only tell how well Swifts captain Maddy Proud can bounce back from her ACL tear.

I’m tipping Laura Scherian as the player most likely to take Liz Watson’s spot on the team of the year.

It’s going to take something epic from Scherian to overtake assist machine Watson as the starting goal attack, but she certainly has the ability and the tools around her to get it done.

Peace Proscovia, Steph Wood and Cara Koenen represent one of the most assist friendly shooting circles in the league which should keep Scherian’s feed and assist totals healthy, and having Laura Langman as a midcourt mate can't hurt either.

When I first made my 2020 Team of the Year predictions, I had Ash Brazill from the Magpies being named the starting Centre. Unfortunately, a serious knee injury sustained during an AFLW match will sideline her for the entire 2020 season.

Luckily, the player I have replacing the Brazzler is probably the best player in the sport. And that player is Laura Langman.

Langman had a gigantic 2019, captaining the New Zealand Silver Ferns to World Cup glory before leading the Lightning to just one win short of a three-peat, and I fully expect her to be similarly dominant in 2020.

She will have to do it without the leadership of Head Coach Noeline Taurua, who decided to step away from Super Netball at the end of the 2019 season. While Taurua is considered one of the top head coaches in the world right now, you wouldn't expect this to impact Langman's play too much considering her consistently high-level of play over the past 17-years.

With Paige Hadley and Kate Moloney running around at centre and Madi Browne set to make her return, the competition for the starting centre position will be fierce. 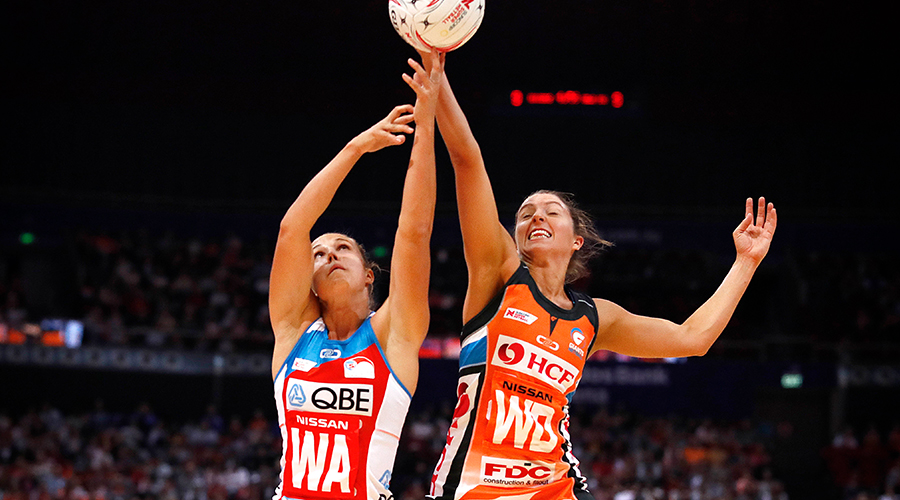 The only position on this list that I’m 100% confident won’t remain the same at the end of the 2020 season, the wing defence spot is up for grabs.

And I believe the 2019 Rebel Rising Star Amy Parmenter is the player who’ll grab it.

Look for the likes of Jess Anstiss, Maddy McAuliffe and Kate Eddy to push hard for the spot as well, but I think the young GIANT has the goods and is in the perfect situation to dominate at the wing defence position.

With Kim Green retiring at the end of the 2019 season, there will be plenty of pressure on the young GIANTS midcourt to step up and fill the void their former captain has left.

Amy has the opportunity to solidify herself as the premiere wing defence in the country, and the Parmy Army will be right behind her.

2019 was a real breakout year for NSW Swifts goal defence Maddy Turner, who established herself as one of the best young shutdown defenders in the country when she was called up to the Diamonds for the Constellation Cup.

Her numbers weren’t as lofty as other players at the position in 2019 but I think she’s primed to start filling up the stats sheet because of the emergence of her defensive partner Sarah Klau and what she forces opposition teams to do.

With Klau shutting down the deep lobbed passes, teams will have to play a more patient style of attack, which should suit the fast and instinctive play of Turner.

Do I think Maddy Turner will replace Karla Pretorius as the starting goal defence? No, I don’t. But it sure would be fun to watch.

One of the easier takes from this list is that Shamera Sterling will bump out Emily Mannix as the starting goal keeper in the team of the year.

Sterling was nothing short of spectacular in her debut year for the Thunderbirds and I do not see that changing. Whether the team was winning or losing, the Jamaican international was making huge play after huge play.

Get a load of these stats, all of which lead the league. 68 intercepts, 120 deflections, 35 rebounds and 1,282 Nissan Net Points. Good stats for your goal keeper to lead the league in, right?

And at just 24 years of age, expect this superstar goal keeper to be lighting up courts around the world for years to come.