For a second consecutive season, West Coast Fever shooter Jhaniele Fowler has been named the 2019 Suncorp Super Netball Player of the Year.

As she did in 2018, Fowler led the league in scoring with 709 goals from 753 attempts for an impressive 94% shooting accuracy and incredible 50 goal per game average. She also led all attackers in Nissan Net Points with 1,112 for the season and finished second in rebounds with 44.

The Player of the Year award is decided by the Suncorp Super Netball players, coaches and high-performance staff who are asked to vote for the best player at the conclusion of every regular season match.

Although she was not able to attend the awards, Fowler did send through a video, thanking her teammates, the West Coast Fever fans and the league for all their support.

“It’s my second season with the West Coast Fever and to be named the Suncorp Super Netball MVP for a second year… I’m so elated.” 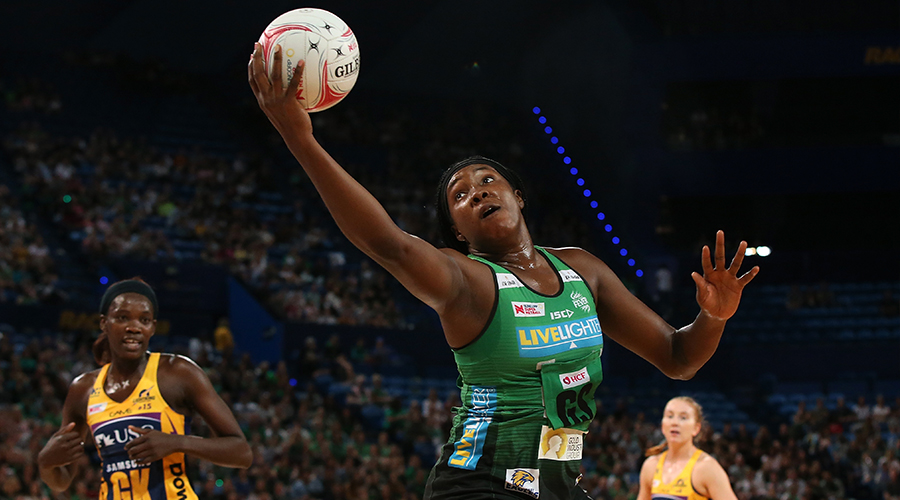 “I’m not only elated for my own performance, but for the performance of all those I played with. My teammates have been awesome in helping achieve this.”

“I’d like to give them, the support staff and all the fans who came out to support us all the credit and say thank you to the league for naming me the MVP for a second year.”

It capped off a busy night for the Jamaican international, who was also named the starting goal shooter in the Suncorp Super Netball Team of the Year. She was the only West Coast Fever player to make the team.

Fowler and her teammates will be keen to get the 2020 season underway, after a disappointing 2019 saw them go from runners-up in 2018 to finishing sixth and missing a place in the finals.

The Fever’s 2020 season will kick-off against the Collingwood Magpies on May 3 at Melbourne Arena.