In this three part series, we break down the 18-athlete Australian Diamonds squad and try to guess what the selectors saw so far this season. Now it's time to look at the midcourt.

One thing to remember before we get stuck in; the squad can grow to up to 22-athletes, depending on what the selectors need. All that considered, we’re just looking at the named 18.

We started with the shooters, now it's time for the midcourt before we wrap it all up with the defence.

Probably the first player selected, Diamonds captain Liz Watson makes this squad click. She’s the best midcourt player in the world when fit, and she certainly seems to be just that.

Considering it was her first full-tilt action in almost a year, Watson was impressive at the Quad Series in January, finishing with 90 feeds, 46 goal assists and 62 centre pass receives in three games.

Add that to what she has been able to do in the first five rounds of the Super Netball season with the Vixens, and she was never being left out of this squad.

No brainer selection that surely raises no questions. Next. 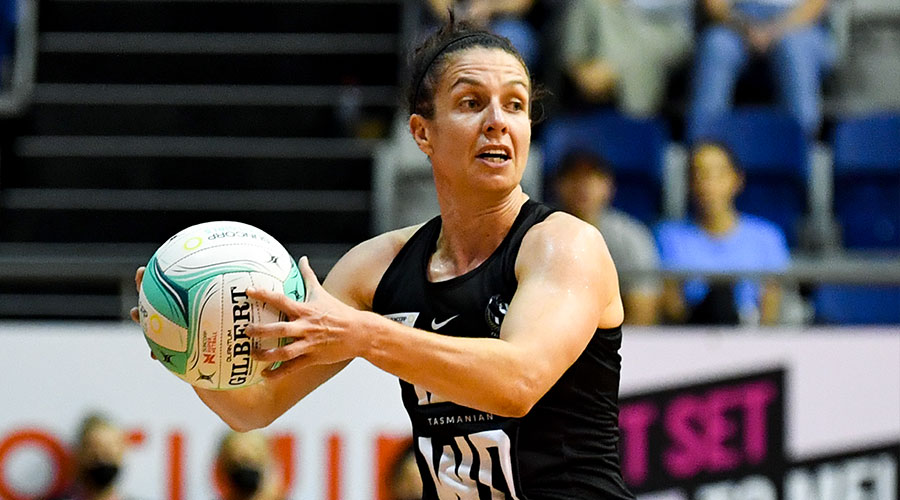 Ash Brazill made a statement of intent earlier this year when she announced she would be stepping away from AFLW to focus on her netball as the four-year international competition cycle enters the pointy end.

AFLW’s loss is Netball’s gain, because a healthy Braz roaming the midcourt is a game changer for the Diamonds.

As is the case with all great wing defences, what Brazill brings to the squad goes way beyond intercept and gain totals. She’s a fearsome competitor just as adept at shutting down opposition attack ends as she is punishing in transition.

Ash’s effort, netball smarts and ability to play multiple positions makes her a perfect addition to this midcourt group. 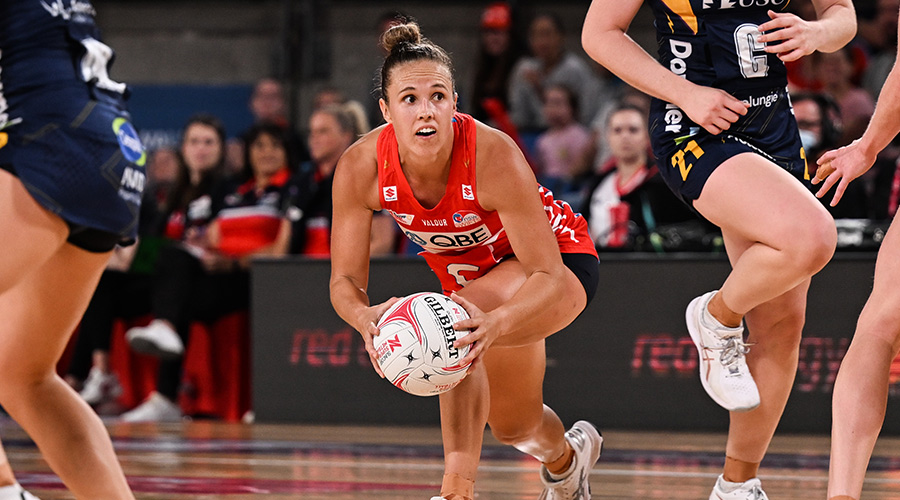 Officially the only player in the squad with a Netball World Cup gold medal in the pool room, Paige Hadley brings so much to this group.

Able to play across all three midcourt positions, Hadley is the perfect player to have in the squad in a tournament where games are back-to-back and team depth is tested.

Paige’s numbers through her first four games of the Super Netball season aren’t through the roof. She’s averaging 22 feeds, 12 assists and half a gain per game, but that’s not what makes the NSW Swifts co-captain such a vital part of this group.

As mentioned earlier, Paige can plug into any midcourt position and play at a high level, she brings a wealth of experience to the squad and is a clean user of the ball, committing just seven turnovers in 170 minutes played at the Quad Series.

Hadley is a great player to have around the squad and can be relied on to leave it all out on the court when her name is called on gameday. 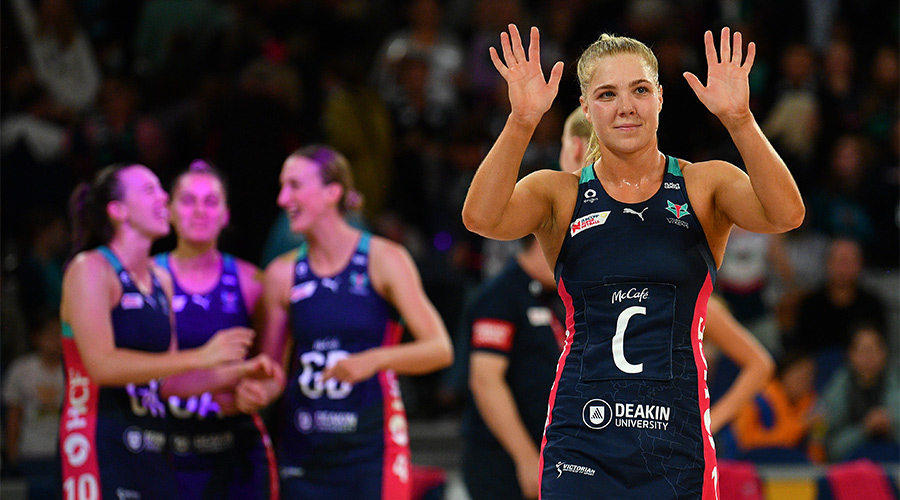 The Melbourne Vixens co-captain brings so much more to a game than rousing pre-game speeches and constant streams of on-court encouragement. But both of those things are the cherry on top of the pure netballing machine she has become.

Kate Moloney is a relentless competitor whose hard work across the court, natural leadership qualities, netball IQ and elite skills make her an easy selection for the Diamonds squad.

Moloney’s role for the Vixens isn’t to rack up enormous feed and assist numbers, though through the first five rounds she has 64 goal assists from 109 feeds and has committed just 13 turnovers.

Instead, she acts as a facilitator, putting the ball in the hands of fellow co-captain Liz Watson, making space and directing traffic. It’s a thing of great beauty.

She proved in 2021 that she isn’t just a centre, Moloney can play all three midcourt position at a high level.

A dynamic athlete and leader who takes care of the ball and is great to have around the squad? Sounds like a Diamond squad member. 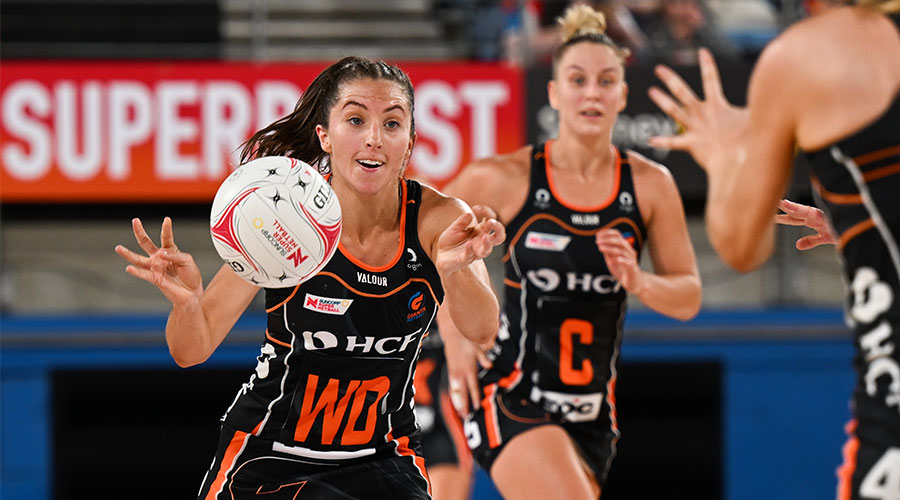 Few players can truly dominate a match from the wing defence position quite like Amy Parmenter.

Parmy just always seems to be in the right place at the right time. She’s fast, smart and tough, all the attributes you want in a wing defence.

She leads all mids with 14 deflections and trails just Hannah Petty with nine gains and eight intercepts through the first five rounds with the GIANTS.

This squad has a lot of midcourters who can play multiple positions really well, but in Liz Watson at WA and Amy Parmenter at WD Stacey Marinkovich can bookend her midcourt with two players who might just be the best in the world at their positions.

Whether it’s this year or the next, the future is very bright for 24-year-old Amy Parmenter. 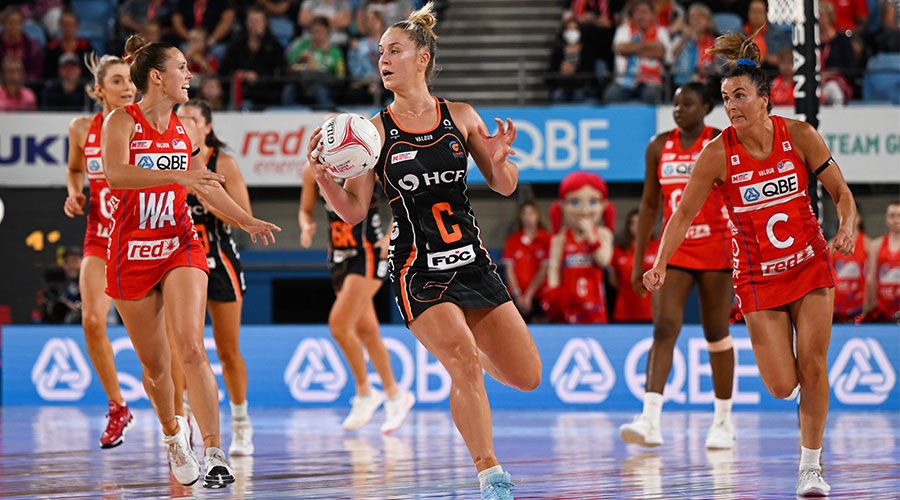 The Diamonds Miss Fix-it, Jamie-Lee Price can do it all across the midcourt.

At an international level, we’re used to seeing JLP at wing defence, where she uses her strength and aggressive style to keep feeders off circle edge. However in January’s Quad Series, Price found herself running the show at her natural centre position, and looked the goods, particularly in a 60-minute performance in game three against the Roses.

At the GIANTS, Jamie-Lee is coming off arguably her best ever season in the orange, where she finished third in feeds and assists as well as nabbing 30 gains and 22 intercepts.

It hasn’t been the smoothest start to the season for Price and the GIANTS, who have been hit hard by COVID in the first month and a half of the 2022 season, but you can’t deny the talent here.

GIANTS fans dream of a day where JLP and Parmy roam the midcourt in the green and gold, feeding Sophie Dwyer in the shooting circle. Maybe a reality sooner rather than later?