In this three part series, we break down the 18-athlete Australian Diamonds squad and try to guess what the selectors saw so far this season, starting with the shooters.

One thing to remember before we get stuck in; the squad can grow to up to 22-athletes, depending on what the selectors need. All that considered, we’re just looking at the named 18, starting here with the shooters before moving on to the midcourt and defenders. 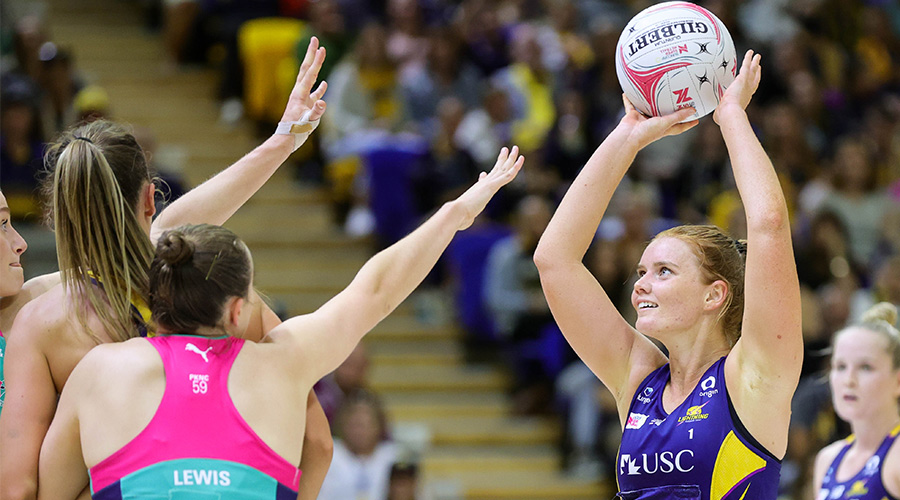 Steph Wood was excellent in her first tournament as the vice-captain of the Diamonds, finishing the Quad Series with 56 goals at 89% accuracy, 58 goal assists and 66 feeds in 138 total minutes played.

Really healthy numbers, obviously, but we all know that Steph Wood brings more to a team than just her stat line. It’s her confidence, facilitation and creativity that makes her one of the most dangerous shooters in the sport.

It’s been tough going for her Lightning through the first five rounds, though Wood’s play has still been solid. She’s sitting at fourth in Super Shots made (17/30), 13th in total points scored (79), 11th in goal assists (71) and eighth in centre pass receives (74).

One thing that is critical for the Diamonds as we ramp up towards the 2022 Commonwealth Games and 2023 Netball World Cup is the continued development of the next generation of shooters, and Steph Wood will play a crucial role in this.

Her experience and ever-developing connection with fellow Diamonds and Lightning shooter Cara Koenen, not to mention her own ability to dominate games, makes her an automatic selection here. 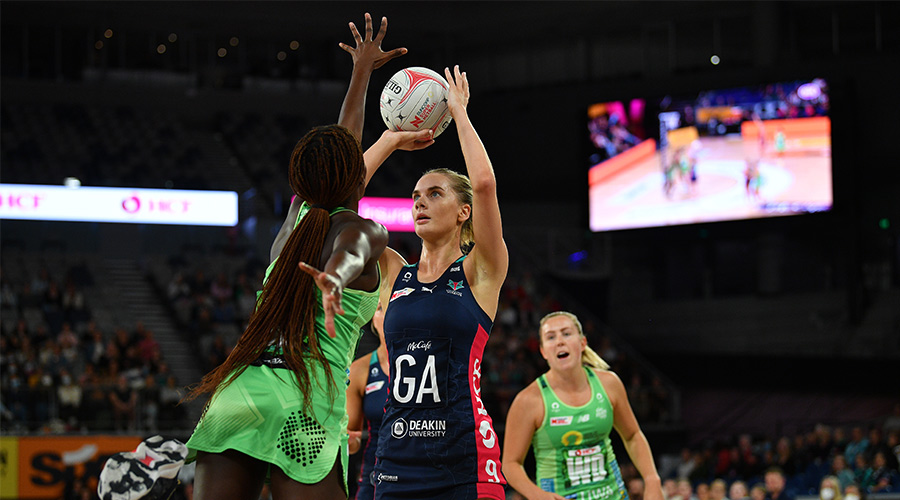 One of the feel-good stories of the squad announcement, Kiera Austin has earned another call-up to the Diamonds squad after tearing her ACL last Super Netball season.

And why not!? She’s been getting better and better every week at the Vixens and looks to be almost all the way back to her usual crafty self in the attack end.

After a shaky return to the court to start the season, Austin has been on fire for the Vixens in the last three rounds. She had 80 points, 10 Super Shots made and 46 goal assists from 54 feeds across Rounds 3, 4 and 5, including a statement game against the West Coast Fever where she shot 29 from 35 for 33 total points.

When it all comes down to it, it’s just great to see "Kippa" back in the Diamonds system so soon after her knee injury. Now let’s see if she can get her first test cap in the next 12-months. 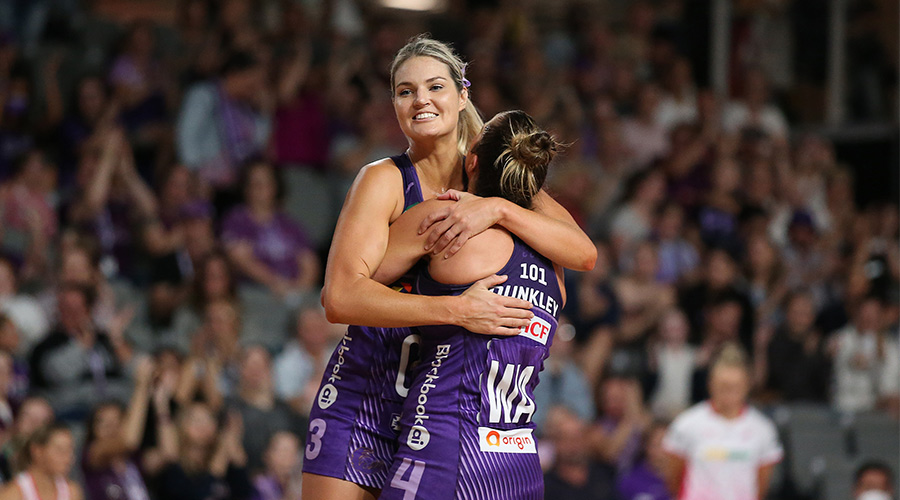 Gretel Bueta’s Player of the Series performance at January’s Netball Quad Series will live in the memories of Australian Netball fans for a long time.

Coming into that series, there were serious question marks surrounding the attack end. Cbass was out, as were Thwaites and Philip, Cara Koenen and Sophie Garbin were unproven, Steph Wood had been struggling with a knee injury and Bueta hadn’t played at an international level since becoming a mum.

She squashed many of those question marks with her unstoppable play then and obliterated many others with red hot start to the Super Netball season.

She leads all players in centre pass receives AND second phase receives (how?) is ninth in the league in both goals scored (104) and total points (112) and also has 66 goal assists from 86 feeds.

Gretel Bueta is someone who can do it all, which is why she’s an automatic choice for this squad. Couple that with the way she works with the newest Diamonds squad member Donnell Wallam at the Firebirds and you have a group of shooters very familiar with each other’s style of play. 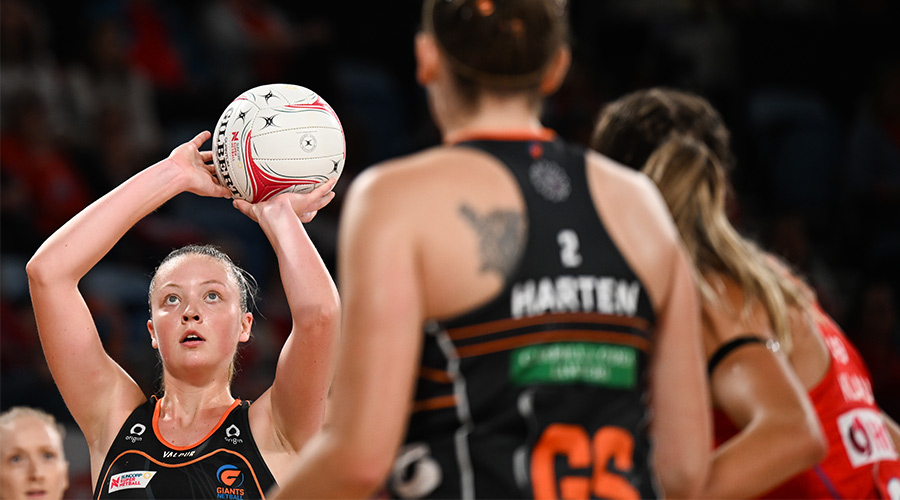 Sophie Dwyer is the perfect example of grasping your opportunities with both hands and not letting go.

Since coming in to replace the injured Kiera Austin, Dwyer has done it all. Played alongside Jo Harten at the GIANTS all last season, fell just one win short of a Grand Final win, was named the Super Netball Rising Star and was named in her first Diamonds Squad for the Quad Series.

Next on her bingo card must be her first International Cap and a Diamonds number.

It hasn’t all been smooth sailing in her sophomore season with the GIANTS, but she’s too promising a talent to leave out. Whether she makes her debut out of this squad or another one down the line, the experience 20-year-old Dwyer will be getting at the moment is good for Australian netball. 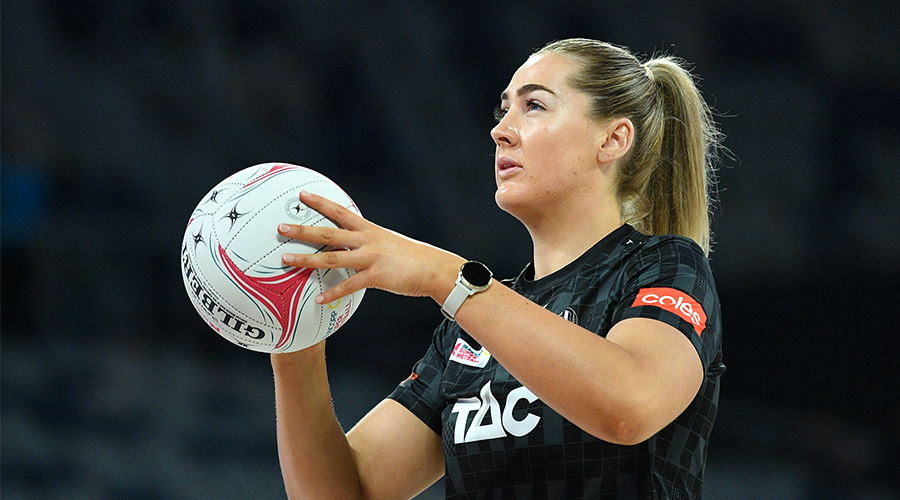 After a bit of a rocky debut in last year’s Constellation Cup in New Zealand, Sophie Garbin showed us exactly what she can do when given an opportunity in the green and gold at the Quad Series.

In her 60 minutes playing goal shooter across two games, Garbin had 36 goals from 39 shots as well as nine assists and ten feeds. More importantly, she looked right at home on the world stage.

She hasn’t quite taken that good form through to the Super Netball season with her new club at Collingwood, but that’s to be expected when playing in a new group and fighting through a bout of COVID.

Don’t be fooled by her Swifts and Magpies play, Garbin is better suited to the goal shooter position, which suits this GA-heavy group down to the ground.

The opportunity is there for Sophie Garbin. Now it’s up to her to make the most of it. 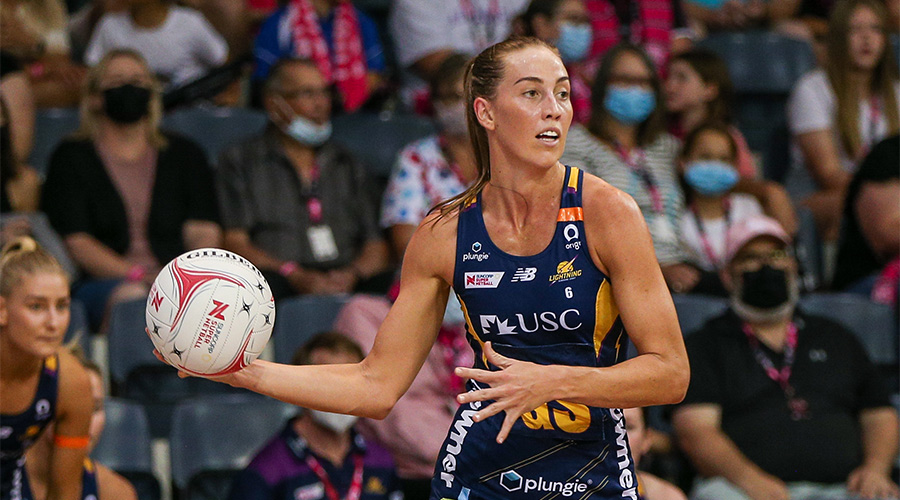 One of the best users of the shooting circle in the Suncorp Super Netball league, Cara Koenen continues to develop ways to overcome defensive units alongside Lightning and Diamonds teammate Steph Wood.

At 190cm, Koenen has the height to play the holder against smaller keepers, but really excels when allowed to use the full shooting circle and exploit the baseline with her deceptive speed.

While her Lightning have struggled to start the season, Koenen has held her own, with just Donnell Wallam the only Aussie to score more points than her 161 through five rounds and her ten offensive rebounds is good for equal fifth most in the competition.

If named in the team, look for Marinkovich to lean on the relationship Koenen has with Steph Wood in the goal circle as the pair have developed a strong understanding of each other’s game since Koenen took over as the first choice GS there. 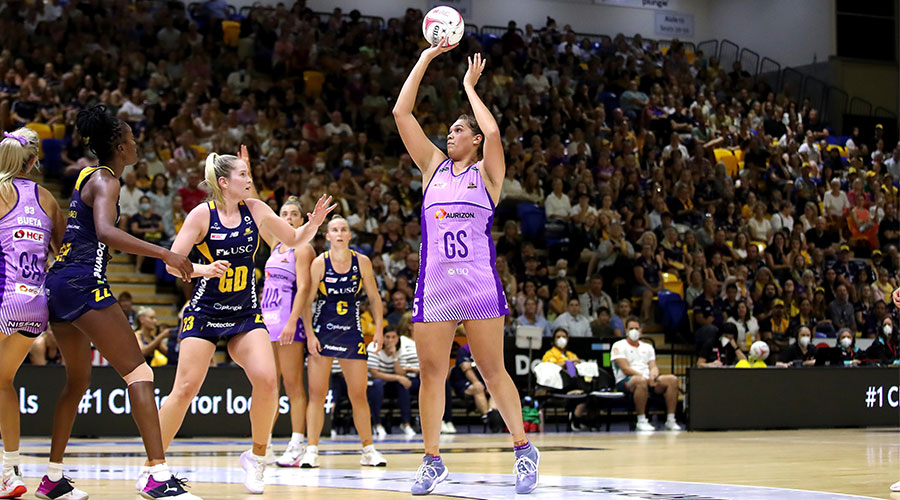 The only first-time squad invitee of the list is a big one, in both a literal sense and a cultural significance sense.

The 193cm Donnell Wallam has the chance to become just the third First Nations athlete to play for the Australian National Netball team, and the significance of that is not lost on the West Australian shooter.

“You’ve got to see it to be it.” Wallam said when asked what influence she might have on First Nations youth. “The fact that I can be that person for them to look up to and realise that they have a chance to make their dreams come true, is really important to me.”

From a squad perspective, Wallam offers the selectors something the other shooters in this group don’t - the ability to play a true holding shooter role.

Could Donnell be this year’s Sarah Klau and make a big team out of nowhere? Only time will tell.