The Sunshine Coast Lightning may be favourites coming in to this Sunday's 2019 Grand Final, but don't write the NSW Swifts off just yet.

Let’s not beat around the bush here, the NSW Swifts will come into Sunday’s Grand Final in Brisbane as the underdogs against the Sunshine Coast Lightning.

The Lightning’s record in finals speaks for itself – six from six, including two Grand Final victories. It’s an experienced group that steps up during the business end of the season.

They also have an incredible record against the Swifts, having beaten them six times out of seven, including both regular season meetings and a 10-goal win in the Major Semi-final two weeks ago.

They had the highest scoring offence, the second lowest goals against total in 2019, a midcourt run by arguably the best player in Laura Langman and are coached by the world’s best coach in Noeline Taurua.

So, how do the Swifts stop this Lightning juggernaut? Here are five reasons why the NSW Swifts will be the 2019 Champions.

Few teams got hit as hard by the injury bug than the Swifts in 2019.

Helen Housby and Nat Haythornthwaite have missed chunks of the season due to injury and starting wing defence Kate Eddy, defensive utility Lauren Moore and captain Maddy Proud all had their seasons prematurely cut short.

The new midcourt starting line-up of Paige Hadley, Haythorthwaite and late-season import Katrina Rore have taken a while to gel but look better with every game.

If they can shut down the Lightning midcourt like they did the Vixens in the preliminary final then this could be a close one.

Before the World Cup break, Helen Housby was the most influential player on the league’s hottest team.

Since the season resumed after the break, Housby has been struggling with a thigh injury and hasn’t looked the same player she was in the opening nine rounds.

That is, until last Sunday against the Vixens where she looked her dangerous and dynamic self, scoring 19 goals and racking up 11 goal assists.

When healthy, Housby is almost un-guardable and can single-handedly take over a game with her accurate shooting, clever spacing and deadly passing. If she can back up her strong preliminary final performance, she could be the difference maker for the Swifts. 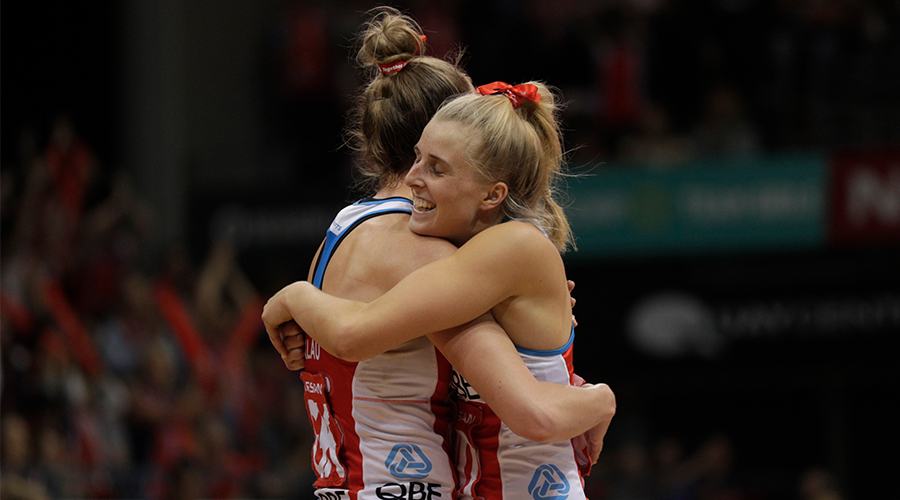 When you think of the Lightning’s strengths, the first things that come to mind are brilliant coaching, a relentless midcourt and a defence led by the best goal defence in the world.

What you may have missed in all the drama of the 2019 season is that they also have the highest scoring attack end in the competition, with Steph Wood, Cara Koenen and Peace Proscovia combining for 855 goals in the regular season.

But they’ll come up against the stingiest defence in the league in the form of Sarah Klau and Maddy Turner, who were spectacular on Sunday against the Vixens.

This pair have looked great all season and with the imposing Katrina Rore in front of them at wing defence, could grind the Lightning attack to a halt.

I hear what you’re saying. According to Google Maps, it takes one hour to drive from the Sunshine Coast to the Brisbane Entertainment Centre as opposed to the 10-and-a-half it takes to drive from Sydney.

BUT, the Brisbane Entertainment Centre is not USC Stadium and we all know the Lightning are an unstoppable force at home.

Couple this with the fact that no fan base travels better than the Swifts supporters, throw in a couple of Firebirds fans rooting against their state rivals, and we could be looking at a neutral playing field on Sunday. 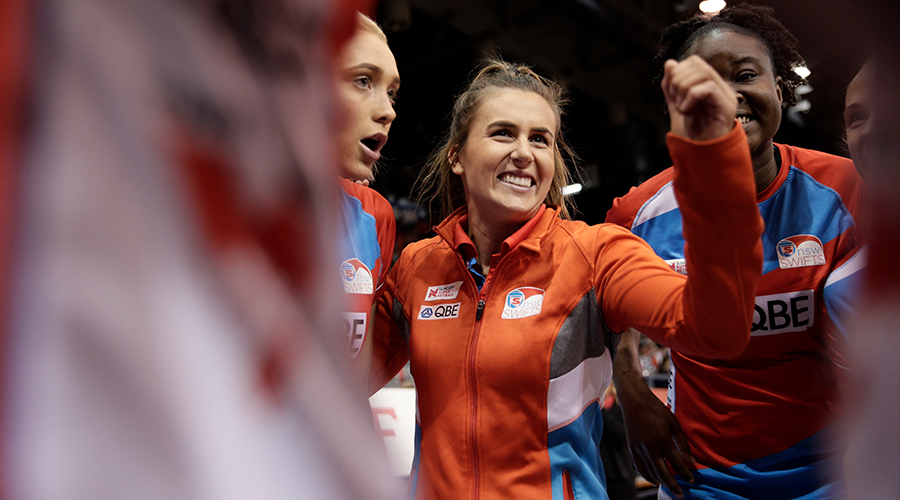 Do it for Maddy

When Swifts captain Maddy Proud went down with a ruptured ACL early in the year, many wrote the team off, or at least questioned their ability to replace her tremendous output.

Instead, the girls in red rallied behind their fallen leader, who has been there cheering her teammates on every step of the way.

How sweet it would be for the Swifts to travel to Brisbane, knock-off the two-time champions and raise the Premiership Trophy for Maddy?