So far, we have analysed the Melbourne Vixens, Adelaide Thunderbirds, Collingwood Magpies, Queensland Firebirds and the Sunshine Coast Lightning.

So, moving up the ladder, we will now delve into the year that was for the West Coast Fever. 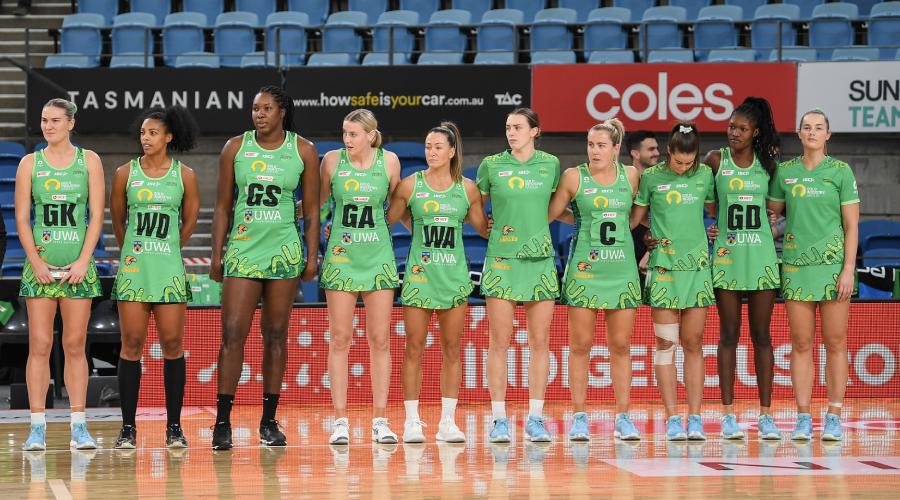 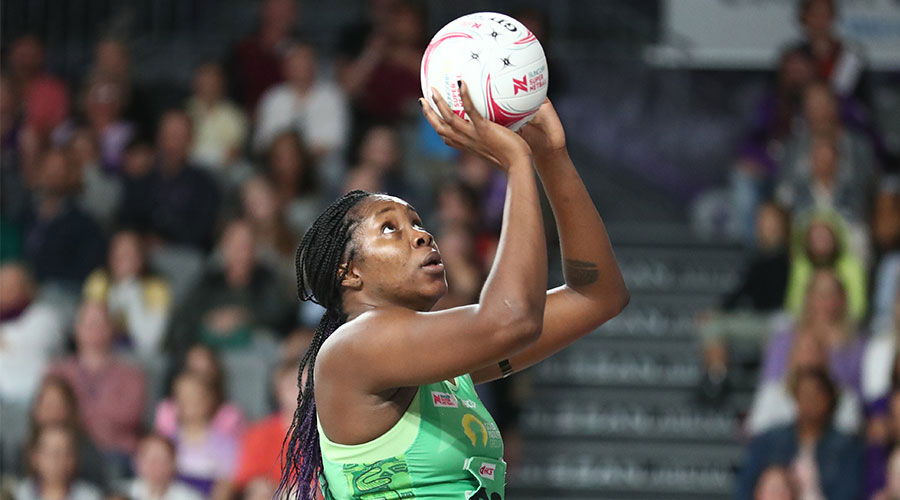 It should come as no surprise that Fever’s Semi-Final victory over Lightning is deemed their best of the season.

Fever will no doubt be disappointed in that they weren’t able to go one step further in making the Grand Final. But, winning a final is no easy feat, and is the reason I have chosen this game as their best for the 2021 season.

Heading into this match, Fever were knocked off by the GIANTS in round 14, ultimately costing them the Minor Premiership.

The girls in green were easily the best team during the regular season and, despite losing three premiership points to begin the season, were only two points away from finishing on top of the ladder.

With the disappointment of round 14 lingering over them, all the pressure was on the Fever who were coming up against a solid Lightning outfit. There is nothing more dangerous in sport than facing an underdog with nothing to lose, and that is exactly what faced Fever.

Starting well was always going to be crucial for Fever. But despite all of the pressure leading into the game, West Coast broke out to an early 13-5 lead in the first quarter and it was all over from there.

Lightning put up a great fight but that eight point advantage in the first quarter was evidently the final margin of the match.

When the game was there to be won, Fever’s stars stood up and willed their team to victory.

The ability to overcome the abundance of pressure surrounding this team and get the job done in their biggest game of the season is why I nominated this game as Fever’s best of the year. 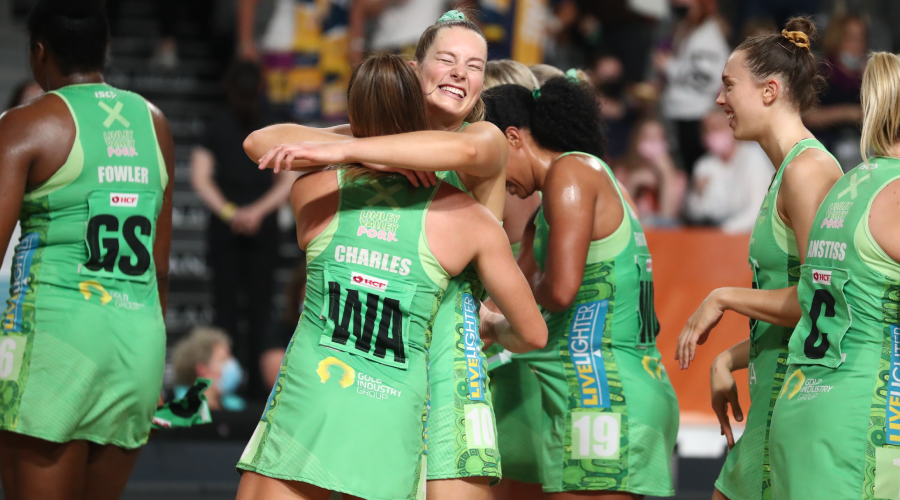 Fever’s season was full of many remarkable victories, along with some spectacular individual performances.

However, the best moment for this team was hands down the celebration of Stacey Marinkovich’s 100th game as head coach of Fever.

In round 12, Fever moved two games clear in the top four on the ladder with a hard-fought 79-69 win over the Queensland Firebirds at Nissan Arena in Brisbane.

The win was topped off with the commemoration of Marinkovich’s outstanding achievement and service to the game of netball.

Over the past two decades, Stacey has been involved as a player, captain and coach, leading West Coast Fever to two Grand Finals in the most successful period in club history.

This win saw Marinkovich increase her career success rate to 51 per cent in her 100th game as Fever coach with an overall record of 51 wins, 44 losses and five draws.

Marinkovich has led Fever to two Grand Final appearances, in 2018 and 2020, but was unable to bring home the silverware to Western Australia.

If Fever were to break that trend, it would have to be without Marinkovich. Stacey was appointed Origin Australian Diamonds head coach last year, which saw her depart Fever at the end of the season to take up the national role full-time.

It would have been a fairytale finish to her coaching career at Fever if they were crowned Champions at season's end.

However, despite falling just short, Stacey’s legacy at the club will live on with the West Coast Fever’s Most Valuable Player Award having been re-named the Stacey Marinkovich Medal to honour the former captain and coach’s significant legacy at the club. 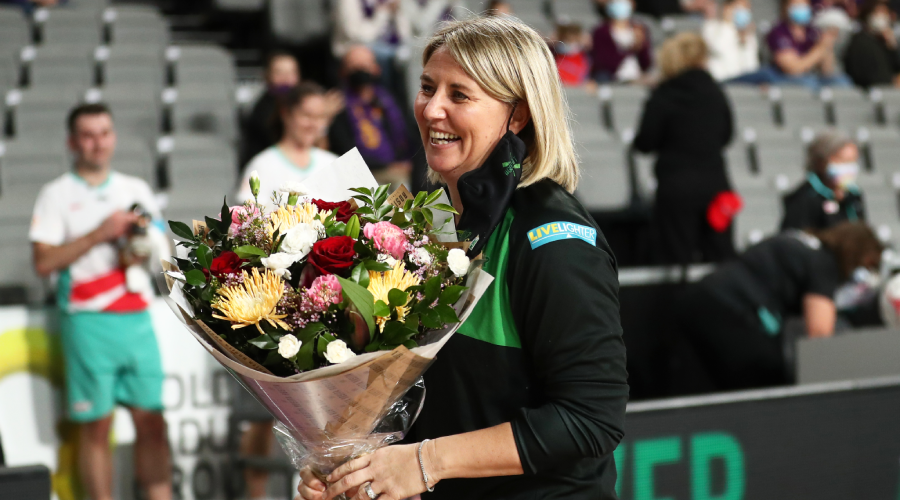 With so much talent embedded within this team, it’s always going to be a challenge to stand out as an up-and-coming player.

This factor is what made Sunday Aryang’s season even more impressive, given the young gun defender excelled in a team full of superstars.

Aryang was a training partner with Fever for two years before being added to the extended squad in 2020 where she became an important part of the club’s defensive line.

The 20-year old featured in 14 games in 2020, but none more pivotal than Fever’s Semi-Final win over the Swifts.

Trailing by seven points at half time and, with the game slipping out of reach, Aryang was subbed into the GD position and the rest was history.

A training partner at the time, Aryang stepped up to the challenge in her first final. Her third quarter heroics saw her collect three intercepts, three gains and a deflection; leading Fever to a come-from-behind victory and player of the match honours for Aryang.

It came as no surprise that Aryang was awarded a playing contract in 2021, with the young gun picking up where she left off from last year.

Aryang became an integral part of a Fever outfit who finished the season with the most wins in the league.

Paired alongside captain Courtney Bruce, the duo formed a formidable defensive unit that would intimidate any attack.

Statistically speaking, Aryang had one of the biggest jumps in form from last season, and is why the young defender is a clear choice for most improved. 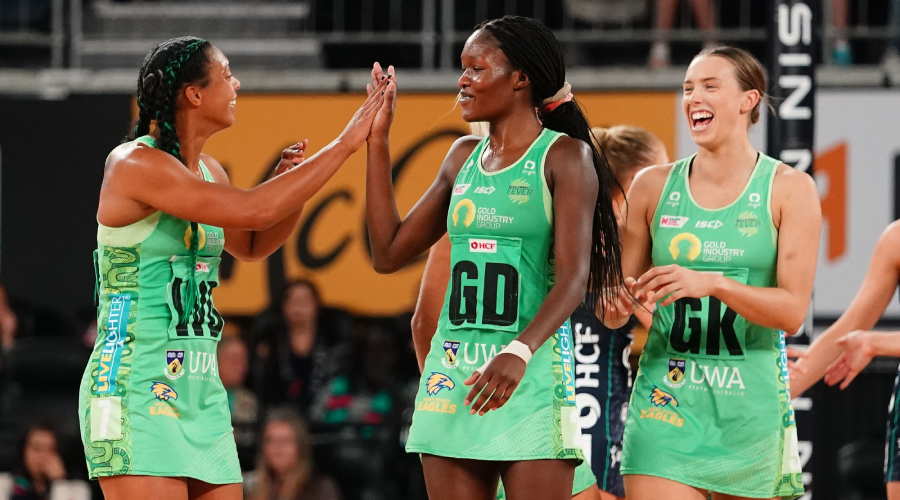 It’s hard to pick an area of improvement for a team who only dropped three games in the regular season by an average margin of 2.33.

Fever led the league in just about every key statistic and, if it wasn’t for the loss of points to start the season, they would have been crowned Minor Premiers for 2021.

They took care of Lightning in the Semi-Final, but their season was brought to an end the following week at the hands of the GIANTS.

The main takeaway from this defeat was the job Sam Poolman did on Fowler.

Leading into the finals series, Fowler was by far the most dominant shooter in the league, finishing with 788 goals (174 more than the next best).

But, Poolman was able to disrupt Fowler’s rhythm, holding the star Jamaican to just 41-goals.

In three of the four Fever defeats (including the Preliminary Final) Fowler has recorded less than 50-goals. It’s pretty simple, when Fowler isn’t able to dominate the game and score over 50, Fever have trouble winning.

Having the best shooter in the league will always lead to success, but Fever’s second and third options inside the goal circle were unable to pick up the slack if and when Fowler was having an off night.

Alice Teague-Neeld definitely stepped it up this year, and Sasha Glasgow is a handy player coming off the bench. But, we saw at times during the year, especially in the Preliminary Final, that the pair weren’t able to impact the scoreboard enough when Fowler’s influence on the game was hampered.

In their Preliminary Final loss to the GIANTS, Teague-Neeld and Glasgow both shot at 50% from a combined total of 20 attempts.

Fever have talent right across the board and will no doubt feature at the business end of the season in 2022. However, in order to go the extra step, they need to find a way to get Teague-Neeld and Glasgow more involved in the offence in preparation for when teams look to limit Fowler’s influence in big games.

It was always going to be a season of playing catch-up for the team from the West Coast.

After their three game punishment to begin the year, it took a remarkable run by Fever to push their way into the top four, falling just short of the Minor Premiership.

They recorded some of the biggest wins of the year, led by superstar bookends Fowler and Bruce, and will be kicking themselves they couldn't pull off the unthinkable in Marinkovich’s last season as head coach.

Despite falling short of their inaugural Premiership, Fever had an outstanding season and will take great confidence into next year knowing they can go one step further under new head coach Dan Ryan.